Two Out of Three Ain't Bad: The Meatloaf Method of Character Development

Since finishing my latest book, I've been taking some time to beef up on my craft of writing study. Due to my limited free time, I decided that what I was looking for was a quality writing podcast, that I could have on while walking home or completing routine stuff at work. All of this preamble is to say that I am now officially addicted to Writing Excuses.

Brandon, Mary, Dan and Howard are offering up some of the best advice on crafting stories available on the internet. They get an A+ for me, both for depth and accessibility. I find myself reminded of things I learned in school, but restated or filtered through new eyes.

One thing I've enjoyed has been Brandon Sanderson's theory on character. Character is arguably the most essential part of any story. Give people an engaging character to follow, and the rest of the story often writes itself. Strong characters are so essential, that the entirety of this year's Writing Excuses is going to be dedicated to the study of character. Yet, when Sanderson teaches about character, he tells his students that there're only three qualities that matter.

This sounds insane, especially coming from a guy like Sanderson, who has written dozens of books with massive casts. And in fairness, Sanderson knows he isn't covering every permutation of character with this theory. What he's covering instead is how an audience engages with a character. And if you ask me, he's bang on. You see, I can tell Writing Excuses is a brilliant podcast because it happens to align with my own pre-conceptions of how good writing works. And if you don't think I'm authoritative on this topic, then I turn you to none other than the great Loaf himself.


I am, of course, talking about the classic rock song, "Two Out of Three Ain't Bad." It's not quite a love song. Not quite a break-up song. It's more about a "good enough for now" that is somehow more depressing than outright ending the romance would ever be. I love the whole, glorious, bombastic thing, but for our purposes today, we're looking most closely at the iconic chorus.

For a romance, this is awful. But it makes for a fantastic character and a great story, and story-telling was always what a Meatloaf song excelled at. But how do you apply it? I'll admit, that the rhyming stanzas don't necessarily expose the recipe for reader/character engagement, but with a little help from Brandon Sanderson, I think I can break it down for you.

If you want a reader to engage with your character, they need to be at least one of the following, probably two, but almost NEVER all three... 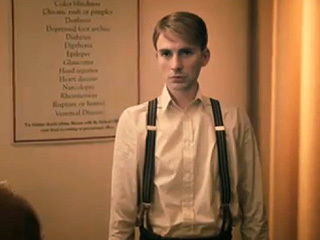 One way to get a reader invested in a character is to give them a compelling desire and then to have them chase that desire. Sanderson likes to call this "pro-activity." A pro-active character will drive the plot forward by making choices of their own accord. They're easy to compel to action and rarely reluctant. It's the difference between Captain America, who desperately tries to join the army, and the Hulk, who is so afraid of his powers, he strives to be as inactive as possible. Cap is pro-active. Hulk is not. (At least in the MCU - Marvel Cinematic Universe - all these things get hazier once you factor in years of different comic book writers interpreting the characters)

Interestingly, the thing the character wants doesn't necessarily have to be terribly noble in order for the reader to engage with them. Cinderella wants to go to a ball, but man, do we care! Edmund Dantes wants revenge. Indiana Jones wants to know what's inside that temple. Derek Zoolander wants to build a center for kids who can't read good. Characters who excel at pro-activity simply try harder than everyone else. They might not be the most qualified. They might not even have the right objective. But they pursue it with passion, and that kind of gumption sucks a reader in.

But what if you're writing about a lazy slob? Someone who wants things but doesn't follow through on that? Well, if that's the case, they better... 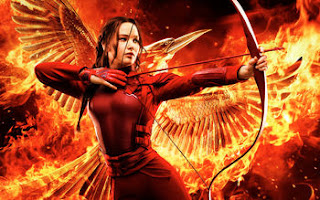 Once you know what a character wants, the next important thing is how they are going to achieve it. Some characters have the skills they need. Some don't. Sanderson would refer to this as character "competence." This is super sleuth Sherlock Holmes, who can solve any puzzle. Katniss Everdeen has a freaky ability to snipe her way through the Hunger Games. Or it's Tony Stark, weapons expert and over-the-top cool guy. Readers enjoy stories about people who are exceptional, because they're the type of people who are equipped to live through exceptional circumstances. Within the MCU, Hawkeye fills the role as the "incompetent" team member. He's fighting space aliens with a bow and arrow.

Competence is an interesting thing to measure, however, because it's situational. Tony and Sherlock are obvious examples, but what about Dolly Levi, the matchmaker who always knows exactly who to introduce someone to? In her story, that's the only measure of competence that matters. One of my favorite movies that plays with this situational aspect is Legally Blonde. Elle Woods spends the movie struggling to prove that she's just as smart as her classmates. It's not until the end of the movie, when the court room drama turns to hair care, that she reveals to everyone that brilliance can sneak up on you in the most unlikely of places.

If the pro-active characters try harder, the competent ones try better. Of course, neither of these factors suggest that the character is trying to do the RIGHT thing. 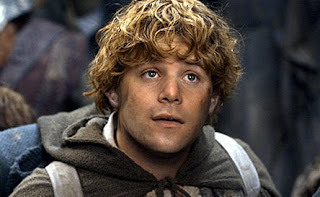 There is one final way you can make a reader like your characters which is, you know, by simply making them likable. When Sanderson talks about character "likability" I don't think he's talking about if the reader likes the character. Think of it more like, would you like this character if they were a real person you had to put up with daily? Are they a half-way decent person?

Katniss, for instance, is a likable character, but not a very likable person. She's prickly and angry and unpleasant. Readers like her for her other qualities. In contrast, Samwise Gamgee blunders through much of the Lord of the Rings, but no one is better at loving their friends than Sam. It doesn't seem like a very important skill, but it rockets him in reader's hearts, because who wouldn't want a friend like Sam? For the fans of Stranger Things out there, Will Byers isn't very competent or pro-active. But he's sweet and gentle and lovable, so you keep hoping that the characters will save him. Or there's Groot, who is adorable and makes us laugh, even if he's a killer tree monster.  Or Luna Lovegood, who has us by the hearts the moment she reads her Quibbler upside-down.

It might seem after reading this list that the answer would be to make a pro-active, competent, lovable hero and readers will be hooked on your story, right? RIGHT? Interestingly, no. There are very few characters who manage to tick all three boxes and get away with it. Classic portrayals of Superman probably come the closest to making a perfect hero interesting, but it does speak to why Supes can be such a tricky character to write.

The problem with a character who scores highly in all three categories is that it usually means they don't have room to grow, and traditionally, stories are about growth and character change. Almost any genuine character flaw will take a person down a peg in one of these categories. If they're a slob, they probably aren't very pro-active. If they're impulsive, they probably make a lot of mistakes and wreck their competence. If they're sharp tongued and emotionally detached, they damage their in-universe lovability.

Especially with main characters, you tend to need two out of three. They need enough good qualities to propel the story forward, but enough weaknesses that they have something to learn. Combine the three basic qualities into pairs, and you get three basic types of heroes.

Pro-Active/Competent: The Classic Anti-Hero
Strengths: Motivated, skilled, can and does do all the awesome things.
Weaknesses: Mean, unconcerned with others, self-interested.
Growth arc: Learning to be better/value others/sacrifices for others
Examples: Sherlock Holmes, Gregory House, Katniss Everdeen, Tony Stark, Elphaba

Likable/Pro-Active: The Everyman Hero
Strengths: Highly motivated to save the day, seeks adventure
Weaknesses: Frequently fails, out of their depth, self-doubt
Growth arc: Becoming the hero they are in their hearts/completing their "quest"
Examples: Captain America, Elle Woods, Derek Zoolander, Mulan, Moana

Of course, some of these are characters who have been written and rewritten so many times, it's difficult to point to any portrayal as definitive. And often, a series will transition a character from one category to another. Luke Skywalker starts Star Wars as something of an unskilled Jedi, who must learn to master his abilities. Once he has, his arc becomes about sacrificing for others and whether he can save those he loves, much more in line with the first category. Similarly, Tony Stark is a better person by Iron Man 3, so much of the movie involves stripping him of his super suit, and rendering him an Everyman.

Naturally, you can argue that these categories aren't anywhere close to describing all the possible variations on character, and I would agree that they're generalizations.

Still, if Meatloaf knows that two out of three ain't bad, who are we to argue?
Posted by Emily Paxman at 9:13 PM No comments: