This is one of those blog posts that will probably hold more interest for me than anyone who regularly reads this blog. It calls into question why I'm posting it here, but I've come to realize that in the absence of a more traditional journal, this blog has taken the place of that for me. In fact, I've got a few pages of unpublished posts that are either too messy, too raw or too boring to make the cut as public posts, but they live on in my drafts folder as reminders of earlier ideas or thought processes. You could say I've hit that point in nerd evolution, where all my deep, personal thoughts come out as long form essays, but I digress.

Today, I want to talk about goal setting! New Years is one of my favorite holidays, even if I'm not doing anything for it. (I've got nothing but attending church planned for New Year's Eve this year. Woopwoop!) Mostly, it's because I'm a chronic goal setter, and I love that blank slate feel that a new year gives. 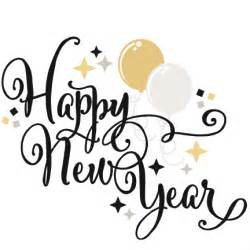 Further, I'm a firm believer that if you want to get anything done as a writer, you need to have some system for setting and fulfilling goals.

Making Time and Reason for Writing

When you are like me - unagented and unpublished, but striving to reach both those milestones - it can be very difficult to make time for writing, due to the absence of any external pressure to do those things. Currently, my income is not derived from my writing. Writing does not make my house any cleaner, feed my cats or fulfill my church assignments. It takes me away from my friends, and as we speak, writing this blog post is keeping me up past midnight. Whoops.

My passion for writing is my primary motivator that keeps me coming back. I love stories. I love creating. I would do some form of writing and creating no matter what in my life. But due to the other demands on my time, it's downright impossible to get anything substantial done in my writing without some coordinated effort. Those other things distract me and destroy my productivity, unless I  hit back.

To me, goals are the names we give our dreams. If I want to achieve those big picture dreams I have, like selling books and using that money to buy cat food, I need to give a name to each brush stroke of that picture. So today, I'm doing that.

Feel free to comment with some of your own New Year Resolutions! Like I said, I love this holiday, and when people tell me their goals, I feel like I'm learning what they named their little, baby dreams.

First, The Year in Review

Let's look at some of the things I achieved or learned this year! YES!

The SWEET PEE timeline
And back to other lessons learned...
Whew! I honestly didn't expect the list to be that long when I started, but it's kind of nice to see the year captured like that. Of course, I'll be the first to admit that this version of events glosses over some of the angst and messiness that goes on behind the scenes, but this is New Years and it's a frickin' holiday, and I reserve the right to have a party. GO ME!!!