Who Did it Better? Tropes VS Cliches

Don't you just love trashy magazines? Aren't those fashion sections great, where they line up photos of socialites in the same outfit? What a reputation killer! However, they tend to throw at least one of the poor celebs a bone, by pointing out WHO WORE IT BETTER of the pair.

Okay, so maybe you hate those magazines. I actually am pretty indifferent on the topic. But I'm thinking I might add a similar feature to this blog. Only instead of picking apart character's outfits, we're going to pick apart literary tropes!

But Emily, what IS a trope?

A trope is a common literary device - a narrative element that we've probably seen before, somewhere else. Because we've seen a trope before, it tends to call up memories of the other things we associate with it.

When the trailers for Star Wars: Rogue One came out, I was struck right away by how much they costumed Jyn's character so that she looked like Katniss in the Hunger Games movies. 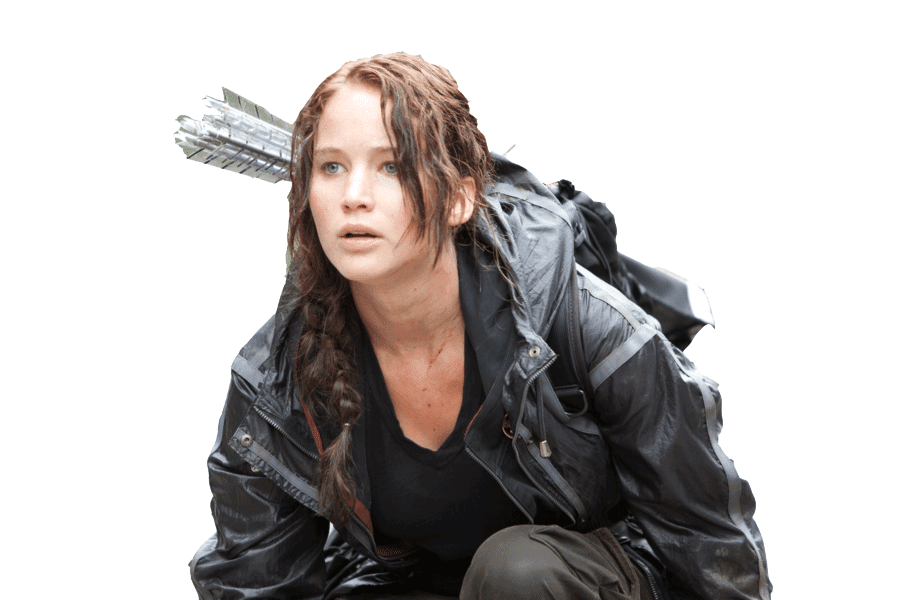 While there are clear differences (Jyn doesn't get arrows. It takes a couple movies before Katniss gets a scarf) I'd argue that Jyn's look is directly meant to evoke in us a recollection of what we know about Katniss. Since the Hunger Games came out, this "look" is visual short-hand for a no-nonsense female character who rebels against the rules set by an evil empire.

Katniss herself isn't the first character to be costumed this way, but you could say she "codified" that trope. She provided us with the most obvious, recent and relevant set of meanings to go with that visual palette.

And when tropes work well, that's how they work. They bring up associations, but then tell their own stories using the trope more as a starting point. If you want to read a more thorough discussion of what tropes are and how common they are in fiction/if you want to waste an afternoon or possibly your entire life reading, see tvtropes.org for the most comprehensive list out there.

However, things can go wrong when tropes are used lazily or too frequently and become the most terrible of all literary devices... the cliché!

Very often, the difference between a trope and a cliché is simply how it's done. To reference Star Wars again, Princess Leia starts the first movie a Damsel in Distress, but she goes on to subvert that trope by a) not expecting Luke or Han to save her and b) going on to take her own, proactive role in all the subsequent rebellion efforts. Here, it's a well used trope.


Contrast that with a movie like Sleeping Beauty where Princess Aurora literally lays there waiting to be saved, and you've got something more like the cliché people groan at when a story features a Damsel in Distress.

And so, like gossip rags over-examine outfits, I'm going to do this to books and other media! Pick a trope, pick a couple books and then argue out who did it best. Who elevated their story beyond the tired and overused paths of fiction, and who fell into the trap of clichéd writing?

To whet your whistle, here's a mini-episode! Today we're doing...

THE PLUCKY LITTLE GIRL GOES ON AN ADVENTURE

Competing for the title of "Best Plucky Girl" we have three young ladies from the realm of classic kidlit! Please welcome to the stage...

Alice in Wonderland is arguably the first true children's book ever written in the English language. The only things that predate it are faerie tales and moralistic primers like Goody-Two Shoes which is a story so boring, it created a trope of a very different kind... namely, the boring little girl who does nothing but follow the rules.

Alice is not that girl. Like a lot of people, I knew the Disney movie adaptation from childhood, but it took me years to actually read the book. One of the things I was pleasantly surprised by was how much I liked Alice herself. She's younger than most people remember her, probably only meant to be about 7 years old, and she's odd and funny in all the little ways you expect from a girl that age. She's obsessed with her cat Dinah and keeps offending people in Wonderland by telling them all about how great Dinah is, forgetting she's talking to birds and fish and flowers that Dinah would happily destroy. The whole story is driven by her curiosity and willingness to try things she probably shouldn't, and these qualities in the end shape Wonderland itself. It's one of the few stories where the "it's all just a dream" ending works, because Wonderland itself is a reflection of Alice and her childlike whimsy. Altogether, a solid first entry for the trope.

Like Alice, Dorothy Gale is another character that is younger in the book than people tend to remember her, thanks to the movie. Again, you get the sense she's about 7 years old.

The Wizard of Oz holds a special place in my heart, not as the book my parents read to me, but as the book my older sister read aloud to me as a child. It's still one of my favorite children's books. But how does Dorothy herself measure up?

Dorothy is much more reliable and practical than Alice. She's lost in Oz by chance, not by willful curiosity, and she wants nothing more than to return home. I like Dorothy a lot, but she's a bit of a flatter character than Alice.

Incidentally, if we were comparing movies and not books, the win would go to Dorothy. Judy Garland fills the character with such fantastic humanity, and there's a growth and turmoil to Dorothy that you don't see in the book that is present in the movie. So while she loses to Alice here, it could have gone another way so easily. Alas.

BUT WAIT!!! HERE COMES ANOTHER CHALLENGER!!!!

It's a little embarrassing how long it took me to finish reading The Chronicles of Narnia. I started the book so many times before getting to the end a few years ago. The reason why was simple. Whenever I read past the first several chapters and hit the section that was less about Lucy, and more about everyone adventuring together, I mourned a little, because Lucy is the freakin' best.

Thanks to being the youngest of four children, Lucy tends to be cast at the correct age and everyone knows her for what she is - a sweet, adorable, curious, loving little girl. She's the best things about Alice and Dorothy rolled into one - willful and curious like Alice, but kind and gentle like Dorothy. She has a strong sense of both justice and wonder. Those first scenes with Mr. Tumnus, and then when she defends herself and what she saw to her siblings are fantastic and speak to such a full, interesting character.

This is the kind of plucky girl you want to see on an adventure. The one that is ready to face both the wonder and peril of the unknown. She's the perfect person to introduce us to Narnia, and the winner of this, the first battle-of-the-tropes.

And there you have it! If you enjoyed this feature, let me know what tropes you would like to see analyzed. Rest assured, I won't always be so "nice" to the competing books. But I do think these three characters are all decent portrayals, even if one is stronger than the rest.

I've got a few more "episodes" in mind (I almost did a different one as the starting episode, but then realized I had too much to say about it and this would have been an insanely long blog post) but I'd love to analyze some of your suggestions! So sound off in the comments!